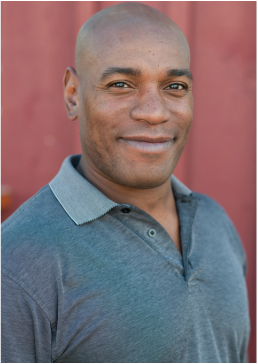 Coach Sam has been in the fitness industry since 2003. He started his internship at CrossRoads Fitness Center in Grand Junction, Colorado, while attending college at Colorado Mesa University. He worked as a personal trainer there until 2006. During that time he was responsible for meeting with new members and writing out specific programs based on their goals. This was mainly with their weight loss ambitions.

During his time at CrossFit Red, Sam was able to coach Mary Beth Litsheim to her first National World Championship win at the CrossFit Games in 2011. He assisted her as a coach in 2012 CrossFit Games where she took 2nd. Also during this time, he assisted Natalie Newhart in many small CrossFit competition wins, and was her Olympic Lifting coach when she took 1st at the 2010 CrossFit/USAW weightlifting competition.

Sam has helped hundreds of people - from the level of obesity to the elite level of sports. Such individuals as the ones on our success stories page, to athletes such as Andrea "Agre bomb" Agre, Natalie Newhart, Mary Beth Litsheim, and Robbie Davis.

Before all of this, Sam achieved personal accomplishments as an athlete. He took 2nd place at the Junior Olympics in Olympic Weightlifting and 1st Team All State as a running back in football his senior year of high school. After high school, Sam served in the U.S. Navy as a family tradition before starting college and beginning his fitness coaching career. Sam completed his BS in Exercise Science/Kinesiology at Colorado Mesa University.

Sam is embracing the opportunity to live and coach in an area where there are so many athletes with incredible abilities, experiences, and drive.